Proprioception is the process by which the body can vary muscle contraction in immediate response to incoming information regarding external forces, by utilizing stretch receptors in the muscles to keep track of the joint position in the body. The Proprioceptive System measures sensory feedback via mechanisms for motor control and posture. These are referred to as Proprioception and Kinesthesia along with mechanisms including the Vestibular system, (a fluid filled network within the inner ear that can feel the pull of gravity and helps the body keep oriented and balanced), are unconsciously utilized by the brain to provide a constant influx of sensory information.

The brain therefore can then send out immediate and unconscious adjustments to the muscles and joints in order to achieve movement and balance. 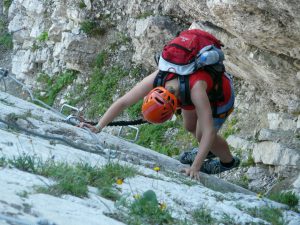 Proprioception, is also often referred to as the sixth sense.

It’s developed by the nervous system as a means to keep track of, and control the different parts of the body. An example that enables us to best understand the sensory system, shows up when the sensory system is no longer there. A normal person is able to move a finger, knowing where and what the finger is doing, with little effort. The normal person could just volunteer the finger to move back and forth and proprioception would make this an easy task. Without proprioception, the brain cannot feel what the finger is doing, and the process must be carried out in more conscious and calculated steps. The person must use vision to compensate for the lost feedback on the progress of the finger.

The Proprioceptive System is carried out utilizing proprioceptors in the muscles that monitor length, tension, pressure, and noxious stimuli.

The muscle spindles, the most complex and studied of the proprioceptors; inform other neurons of the length of the muscle and the velocity of the stretch. The density of muscle spindles within a muscle, increases for muscles involved in fine movements. As opposed to those involved in larger course movements. The brain needs input from many of these spindles in order to register changes in angle and position that the muscle has accomplished.

There are also more spindles found in the arms and leg muscles that must maintain posture against gravity.

The Golgi tendon organ, is another proprioceptor, found where the tendons meet the muscle.

They send detailed information about the tension occurring in specific parts of the muscle. There are also proprioceptors sending information to the nervous system from joints and ligaments. Depending on the amount, where in the body, and from what proprioceptors the different input is coming from. This determines if the information will be made conscious or processed unconsciously.

The input coming into the nervous system is processed, and then depending on the state of the muscle, there are commands sent back to the muscle.

The initiation of proprioception is the activation of a proprioreceptor in the periphery. The Proprioceptive System is believed to be composed of information from sensory neurons located in the inner ear (motion and orientation) and in the stretch receptors located in the muscles and the joint-supporting ligaments (stance). There are specific nerve receptors for this form of perception termed “proprioreceptors”, just as there are specific receptors for pressure, light, temperature, sound, and other sensory experiences.

Although it was known that finger Kinesthesia relies on skin sensation, recent research has found that Kinesthesia-based haptic perception, strongly relies on the forces experienced during touch. This research allows the creation of “virtual”, illusory haptic shapes with different perceived qualities.